Spending time with the family is one of the most precious gifts we could ever give.
When was the last time your children saw their grandparents? Were they able to spend quality time with them? What activities do they like doing together? Share us your thoughts.

“Bapa?” My one-year-old says, as she toddles over with my cell phone clutched in her small hands. “Cah Bapa?”

I smile down at my daughter and take the outstretched phone. “Sure, we can call Grandpa.”

She bounces on her toes as I tap the FaceTime icon, my dad’s face appearing on the screen a few seconds later.

“Bapa!” She beams, as he smiles hello to his biggest, tiny fan who stands in awe of him just a couple of blocks away.

You see, we live just down the street from my mom and dad—my husband’s parents live in the same city, too—which means our kids have extremely close relationships and near-daily interaction with their grandparents.

We couldn’t love it (or them) more—because raising our kids near their grandparents is enriching not only their childhoods, but our lives as parents, too.

It’s Grandma and Grandpa cheering in the stands of little league games, proudly wearing the giant photo button of a smiling, gap-toothed seven-year-old.

It’s spur-of-the-moment sleepovers that don’t require packing a toothbrush or pajamas since there are always a few superhero- and princess-themed spares of both waiting in the bathroom closet.

It’s playing with Mommy and Daddy’s old Fisher Price Little People sets (the REAL ones) and canisters of Lincoln Logs.

It’s snuggling up under a quilt to read a well-worn copy of Green Eggs and Ham with Grandpa, and helping Grandma make banana bread (with chocolate chips, of course).

It’s marking another year of growth on the inside of the hall closet door, just like Mommy used to do with her brothers years ago, and proudly comparing the height of their fresh lines to our shorter, faded ones.

It’s donuts delivered to the door before school one early Friday morning—just because—all favorite flavors and frostings present and accounted for, just the pick-me-up everyone needed but no one requested.

It’s someone to tag-team with when hectic schedules attack and three kids are due in three places at the exact same hour.

It’s the world’s best, most trusted babysitters at the ready, willing to invest the most valuable gift they can possibly give—their time—into nurturing the next generation.

It’s playmates whose patience often outlasts our wearied-from-the-trenches own.

It’s voices of reason that echo in growing-up minds when our own no longer seem capable of breaking through.

It’s strength and security and comfort and peace . . . and so much more.

Because raising our kids near their grandparents is the best kind of bonus love. 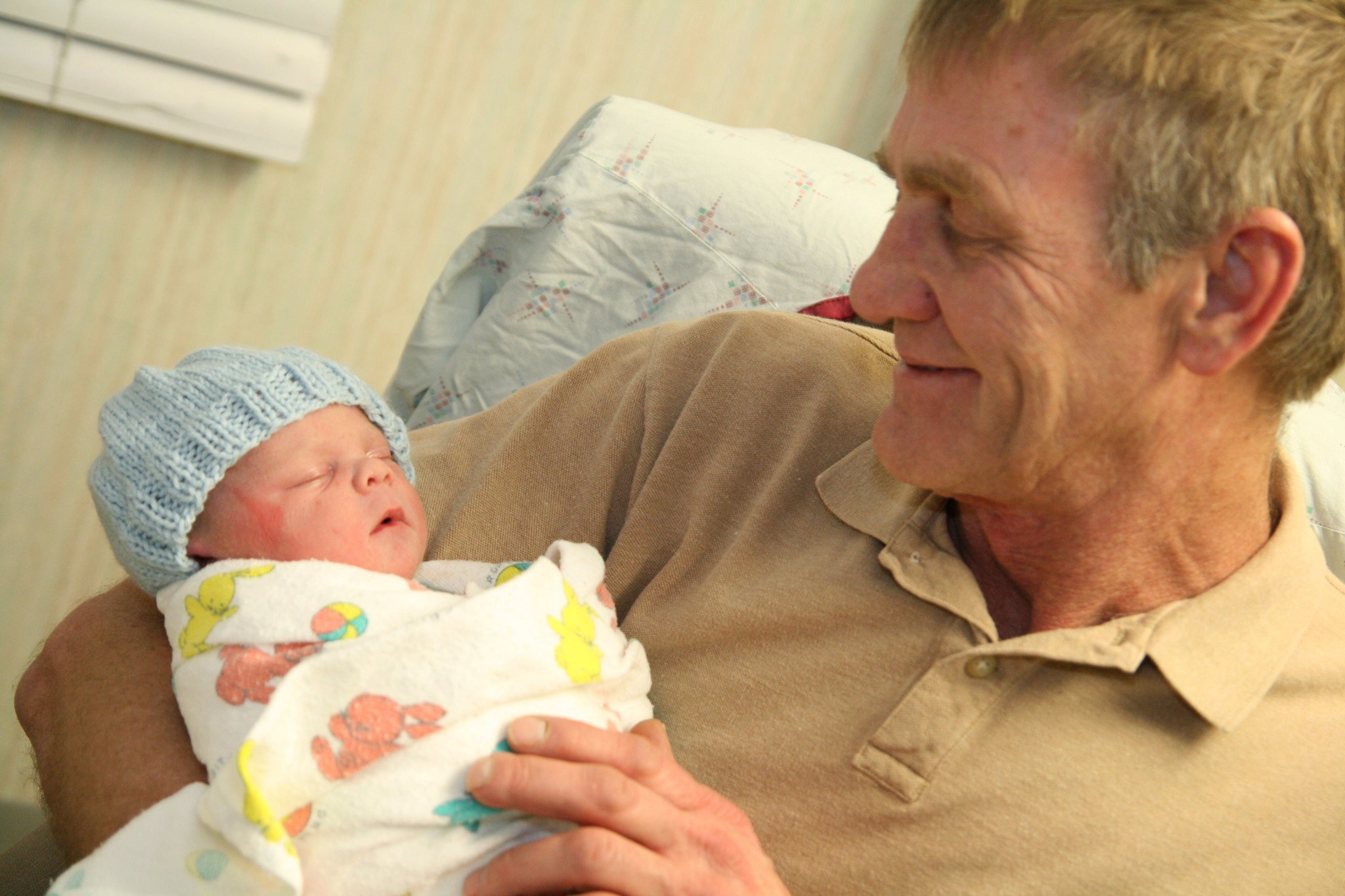